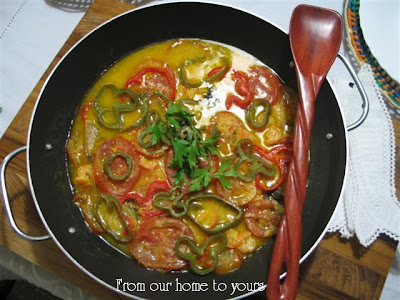 Moqueca is a traditional Brazilian seafood stew that consists basically of layers of onions, bell peppers, tomatoes, cilantro, pepper and fish steaks cooked and served in a black clay pot and a side of rice.

There are many types of moqueca depending on the meat used, but two stand out: one from Bahia state and another one from Espirito Santo state. What differentiates one recipe from another is the use of two ingredients: coconut milk and palm oil that are added only to the Bahian style. 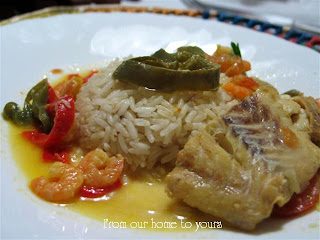 On our first vacation together after we got married, some 13 years ago, we drove a thousand miles to Porto Seguro, a place that claims to be where the history of Brazil started. As we were on vacation and time did not count, we would stop for a couple of days here and there to enjoy the beaches along the coastline. Over there, they eat a lot of fish and we were able to try the two types of moqueca, that were always brought steaming hot to our table.

This is my contribution to Andrea's recipes and her Grow Your Own event. I used cilantro from my indoor garden.

1) Marinate the fish filets and the shrimp with salt, pepper, paprika and lime juice for at least one hour.

2) In a large sauté pan or dutch oven, sauté garlic in oil. Turn off the heat at this point and using half of the vegetables start making layers of onions, bell peppers, tomatoes and peppers. Cover the layers with the fish, the marinade and cilantro.

3) Cover the fish making other layers with the shrimp, the remaining onions, bell peppers, tomatoes and cilantro. Add the palm oil, the coconut milk and sprinkle the salt. Cover the pan with a lid and simmer over low heat for 30 to 60 minutes or until fish and vegetables are cooked. Serve with rice. 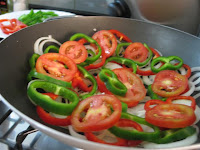 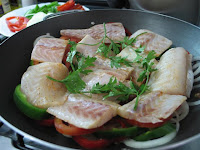 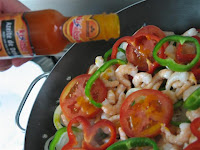 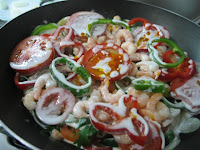 Email ThisBlogThis!Share to TwitterShare to FacebookShare to Pinterest
Recipe box: Fish, Grow Your Own 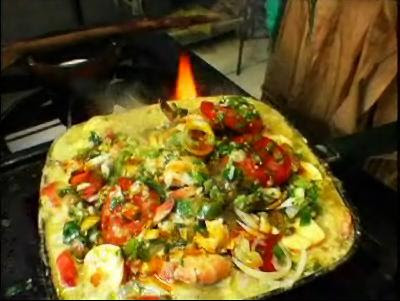 Take a seat, grab a cup of coffee or tea, and watch this video on Gourmet website featuring the Brazilian fusion cuisine. I found it very interesting, as they went out to the streets to get a glimpse of many dishes like Brazilian Fish and Shrimp Stew (moqueca, pictured above), pastel (fried pastry), sushis, and sweet pizza among others. Due to the mingling of several cultures, the food in Brazil is clearly a combination of several cuisines that create unique dishes using local ingredients, mostly with European techniques.

Or, if like me, you like food movies... Try "Woman on top" (2000, rating R) with Penelope Cruz, who plays a young Brazilian chef that creates wonderful recipes and leaves for America, where she becomes a star as the host of a TV cooking show, Passion Foods Live.

Speaking of movies... What's the best food movie you have ever seen?
Recipe by Cris on Sunday, January 20, 2008 10 comments: 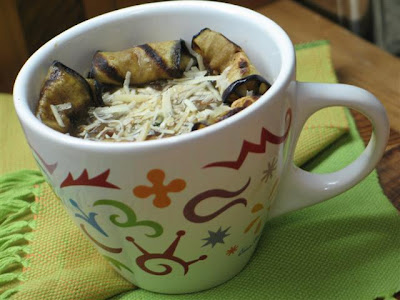 For the monthly Royal Foodie Joust at The Leftover Queen I needed to use eggplants, lentils, and cinnamon. Even though the task seemed easy, I had never tried mixing eggplants and cinnamon. Well, I soon found out that they are a perfect match to make a wonderfully warm and comforting soup for a chilly day!

Directions:
1) Slice eggplant lengthwise into very thin slices. Brush or spray slices with olive oil; sprinkle with salt, paprika, garlic powder, pepper, and cinnamon. Grill on electric/outdoor grill until each side has golden brown grill marks and is fragrant. Reserve for garnish.

2) In a Dutch oven (or other 5-quart pot with a tight-fitting lid), cook bacon over medium-low heat until browned and crisp, 8 to 10 minutes. Pour off all but 1 tablespoon fat.

3) Add onion and carrots; cook until softened, about 5 minutes. Stir in garlic, and cook until fragrant, about 30 seconds. Stir in tomato paste, and cook 1 minute.

4) Add lentils, thyme, broth, and 2 cups water. Bring to a boil; reduce to a simmer. Cover; cook until lentils are tender, 30 to 45 minutes. Add salt and pepper if necessary. 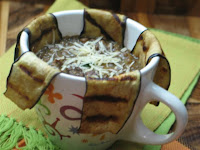 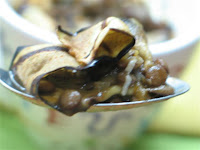 Cassava or Yucca Root - Grow Your Own # 5 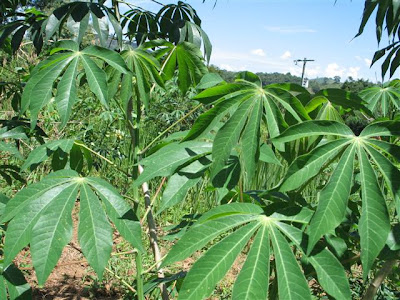 Cassava, yucca, Brazilian arrowroot, mandioca... So many names for a root that can be used in a variety of dishes. The most known ingredient extracted from the root of cassava is tapioca flour, tapioca starch or yucca flour. Sounds familiar? I use cassava as much as many people use potatoes. Puddings, breads, cakes, chips, deep fried, purées, dumplings, soups, etc. can be made with cassava or tapioca. Gluten-free, it can replace wheat flour and it is very used by people with wheat allergies, like coeliac disease.

This is my contribution to this month’s Grow Your Own event.

The pictures were taken from my husband's family farm. Cassava is organically grown there and right now I have some in the freezer for future recipes. 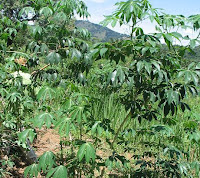 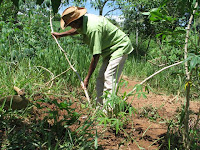 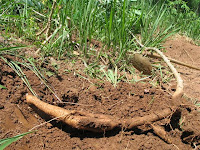 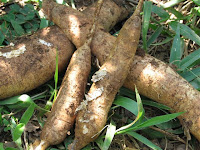 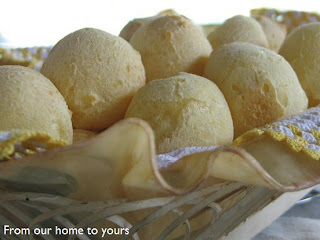